As many of you will know we have been busy fundraising for Supporting Wounded Veterans for the past 9 months and we are delighted to announce a total of £18,520 will be winging its way over to this incredibly hardworking & effective charity!! In fact some fantastic donations are still trickling in so it could end up being even more! 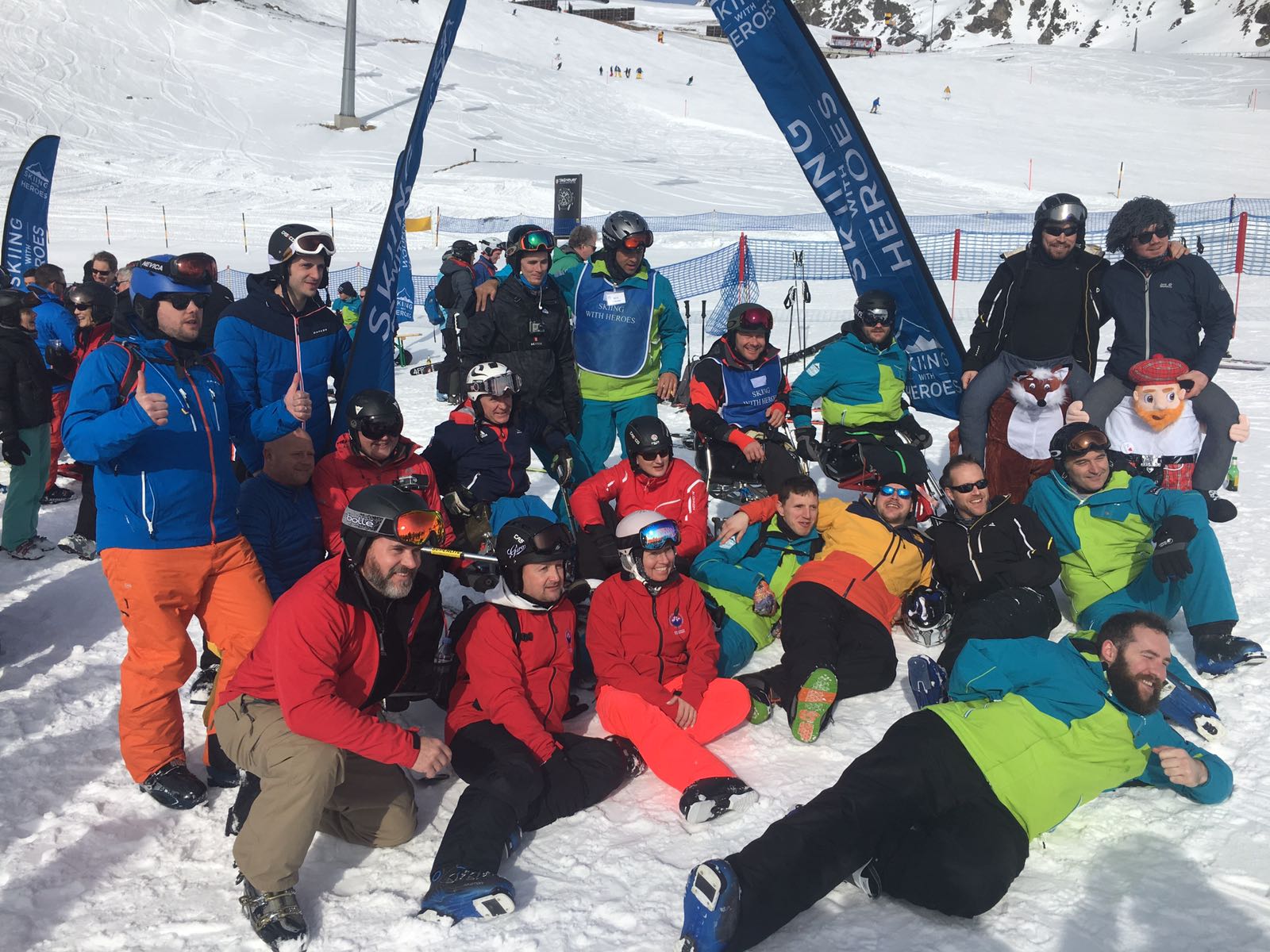 We have been amazed at how generous so many individuals, chalet operators, hotels, ski school partners, friends, families & local businesses have been with donations. Enabling injured veterans to master a sport close to all our hearts, seemingly no matter what their injuries (amputees, those with *PTSI, blindness, brain injuries… the list goes on) is just the start of it and we want to give you the best idea possible about the difference your money is making. And with our team of 4 freshly back from the 2017 Business Challenge weekend in Klosters now is the time!

*PTSI Note: During the Business Challenge the point was made that Post Traumatic Stress is an "injury" of combat/trauma just as a physical injury is. PTSD (Post Traumatic Stress Disorder) is the common acronym but labels sufferers with a disorder which leads to misconceptions and can come with stigma. Many veterans would much rather it was understood for the injury that it is.

On Thursday our team arrived in beautiful Klosters. Anyone who skis will know that relaxed, away-from-it-all feeling you get when you arrive in the mountains. It’s something everyone should be able to experience – particularly those in need of a break. 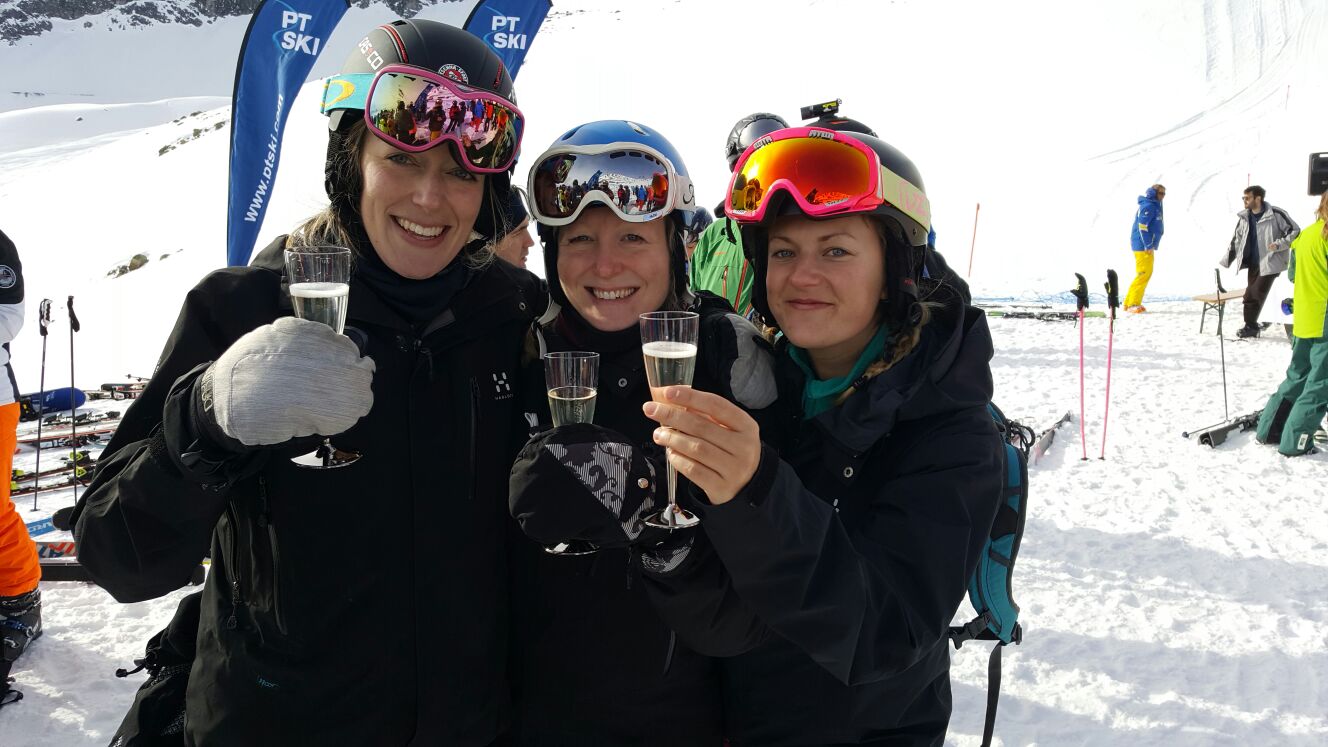 After being shown to our hotel & sorting out ski hire we headed to drinks with all the other Business Challengers, ski buddies, mentors & veterans. To explain, the veterans attending the challenge have all been involved with the charity for a few months or longer and have learnt to ski well enough to compete. We immediately noticed how friendly, seemingly confident and relaxed they were. They were clearly all friends and happy to see each other... and us! It wasn’t until they individually made speeches in the evenings that it hit home just how far they had come in the last year or so.

Each veteran’s speech was moving and unique to their situation. Several had suffered (and were still learning to cope with) the invisible effects of PTSI and many described the chronic distrust of people, the inability to be in a room with more than 2/3 others at a time, numb feelings towards their families and the debilitating flashbacks, they had suffered just months before. To see them now standing up in a room of over 100 people and talking about such personal emotions and the incredible hurdles they had overcome in a matter of months was astonishing. 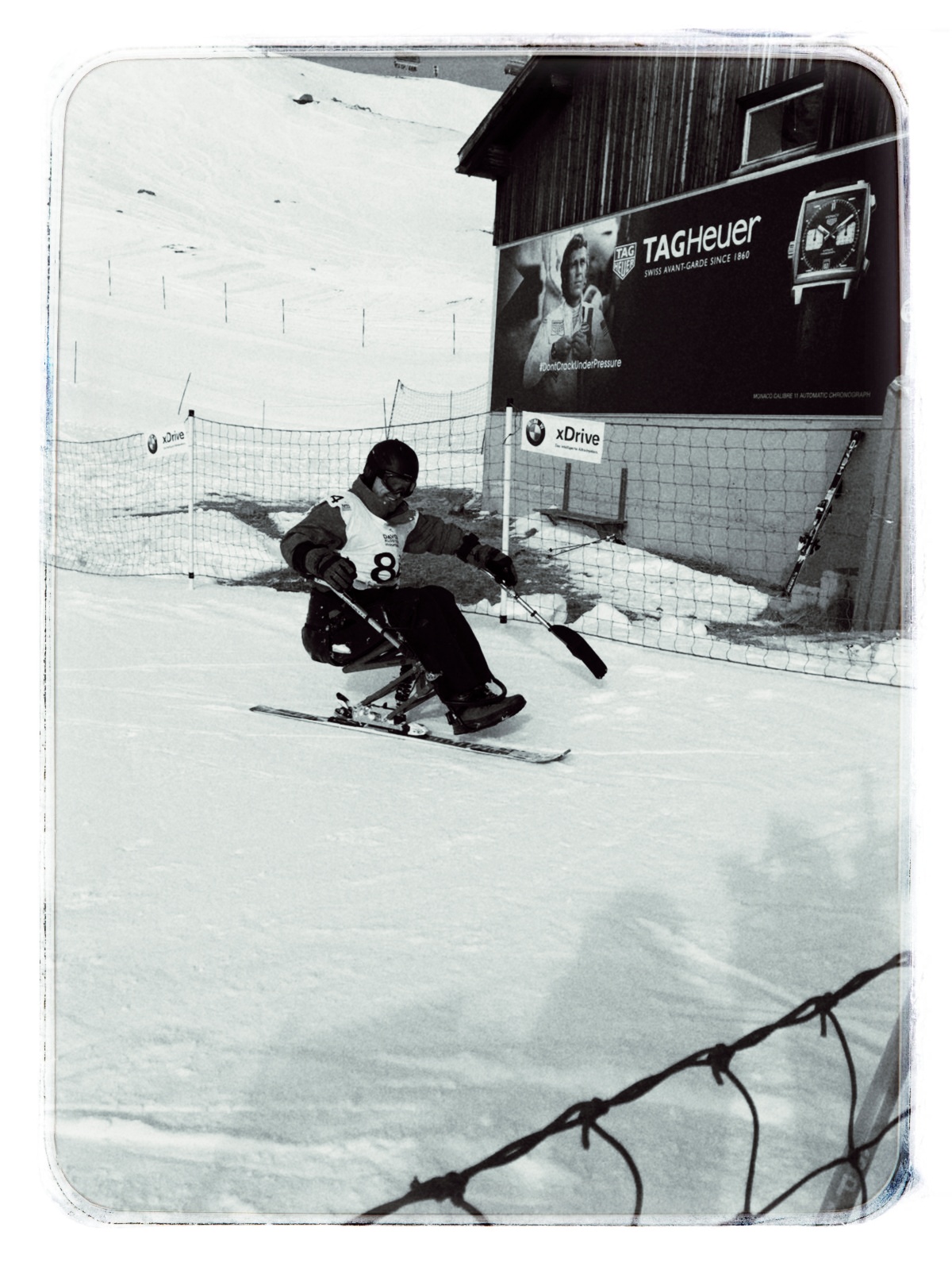 Veterans suffering from physical injuries were just as ready to talk about the way the charity had helped them overcome their life-changing situations. One thing many of us hadn’t automatically thought of was the pain management they cope with on a day-to-day basis. For some, the pain or the effects of the medication they took, made holding down a job impossible. The charity’s partnership with King Edward VII Hospital puts veterans into a specific pain management programme to develop the best solution for them to manage their pain effectively, enabling them to cope sufficiently to enjoy life again and giving them a chance at sustaining employment.

When we weren’t listening to veteran speeches or enjoying dinner and drinks in the bar all together, we were out on the mountain. This was where we saw the veterans in their element. We didn’t stand a chance against the sit-skiers in the slalom race! Not only were they seriously competent but their confidence in their physical abilities on skis was on point too and you could literally see the exhilaration & sense of achievement they gain from this sport. 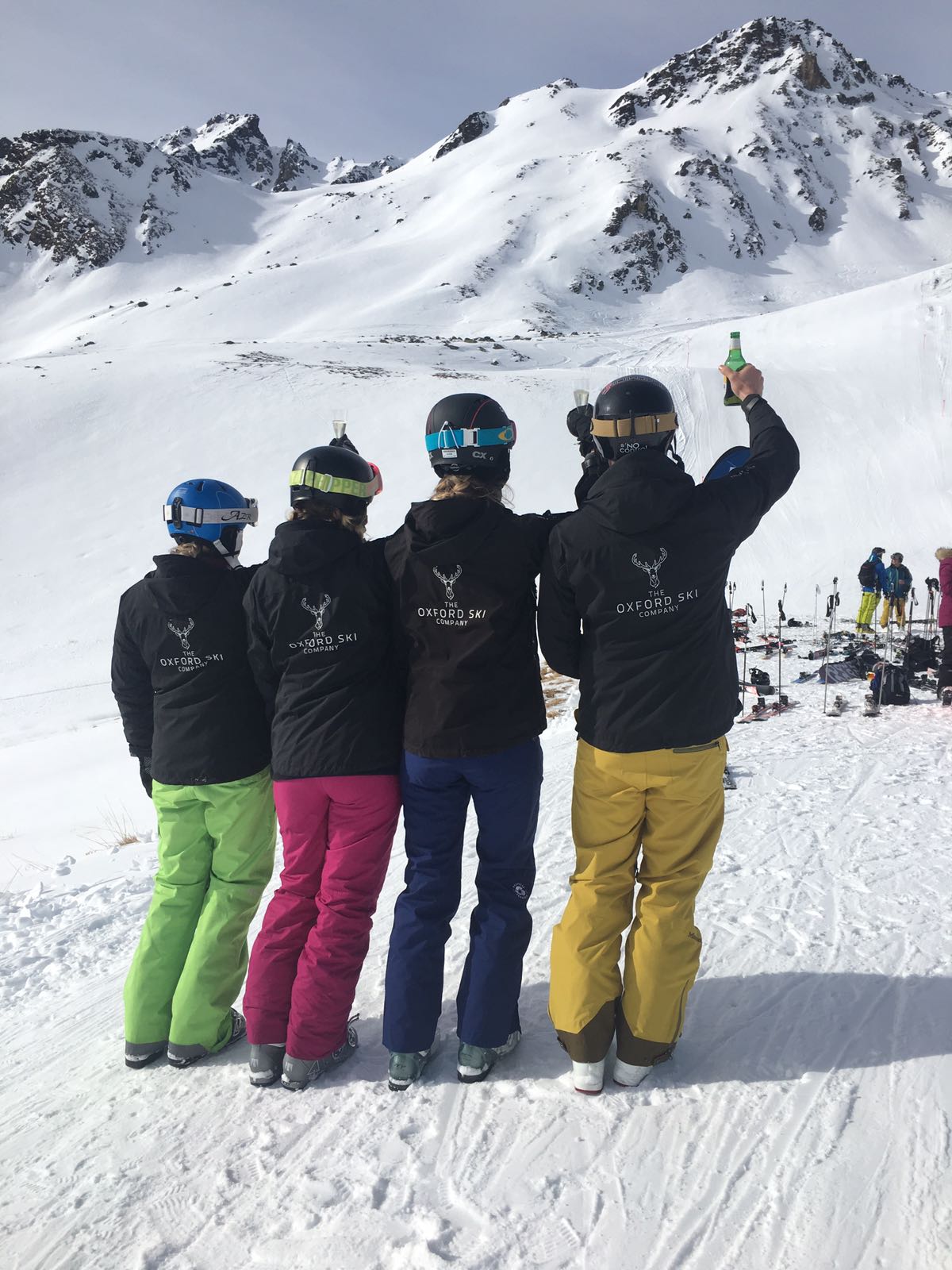 In terms of the competition – Team Oxford Ski put in a strong effort! We executed our tactics in the marathon exactly as we had intended. The only problem was other teams clearly had better tactics. HOWEVER… given that none of us had skied the area before we were pleased with our effort and we ended up in the top 3rd.

On the final afternoon, each business team was assigned a veteran to ski with. We skied with Stuart who suffered severe PTSI and admits going through some very dark times. With a wife and daughter, Stuart knew he needed to get his life back on track. Stuart fully admits that the charity has brought him through seemingly endless dark times and to hear him talking about those memories and to see him skiing as though he had barely a worry in the world was a stark contrast and hammered home just how much a group of people who take time to help, listen and support can achieve. After all, he’s given a lot more than that for us! 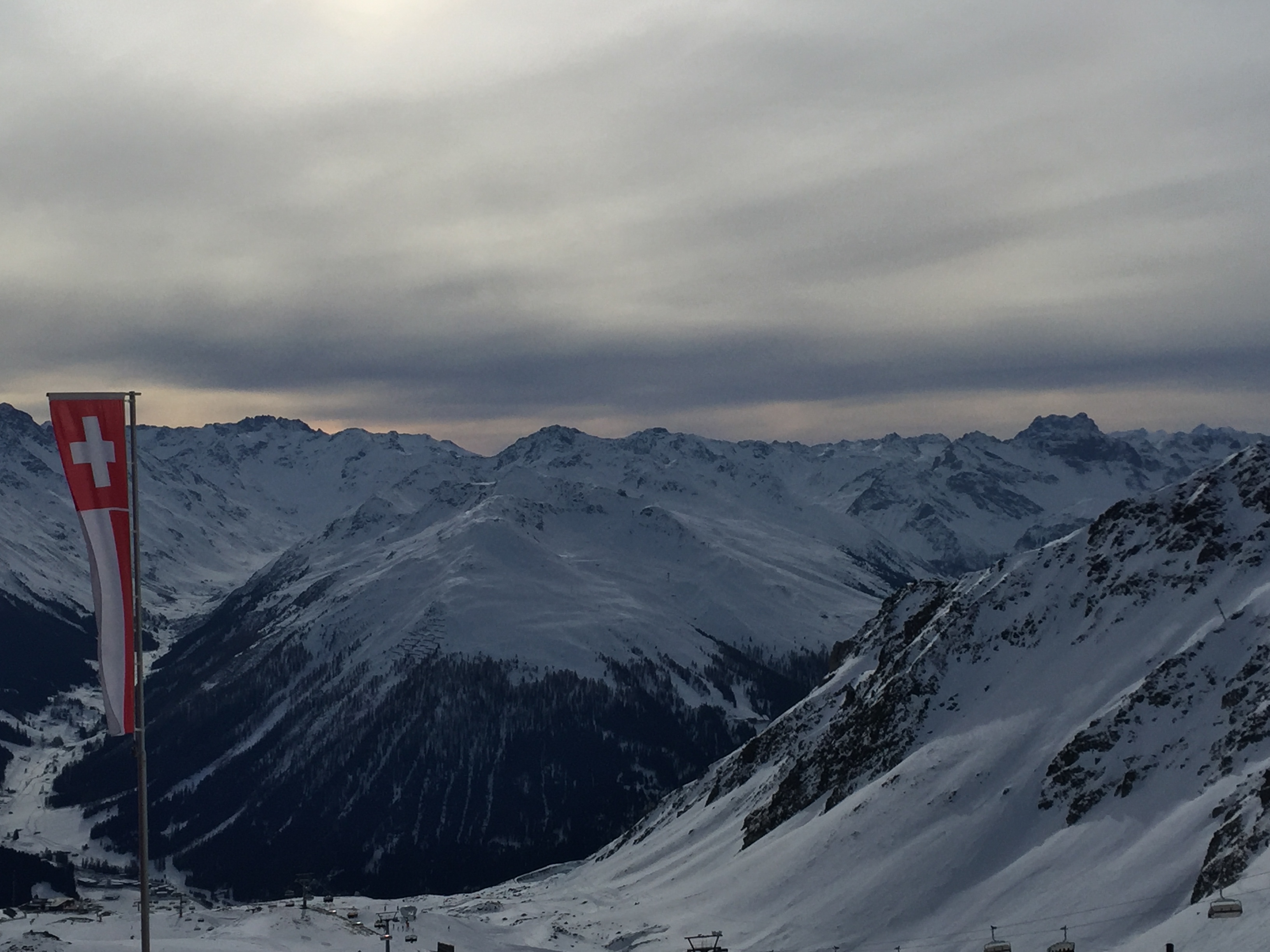 So just because we can’t say it enough, THANK YOU to everyone who has donated to this charity and if you would still like to there is still a chance to here. And if you want to get involved with the charity yourself, as an individual or a business, please visit www.supportingwoundedveterans.com and sign up!