Where to Ski in February

The spectacular Italian Alps are home to some of the most impressive ski resorts found anywhere in the world. 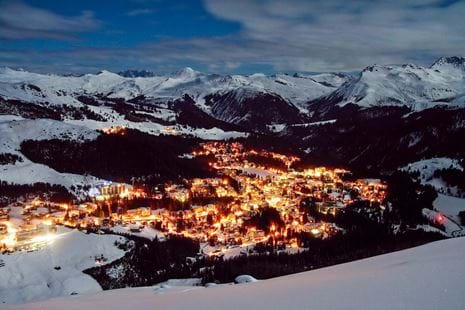 The two westernmost states of Austria are a skier’s paradise. The Tyrol and Vorarlberg areas are famous for stunning Alpine scenery and pristine snow conditions. 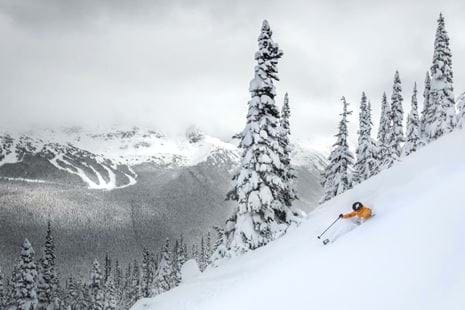 Canada has something to offer for everyone, no matter your ability, with the perfect pistes for both beginners and experienced skiers looking for exciting and challenging landscapes.

Where to Ski in February

Be it for a half-term family holiday or for some serious skiing on fresh powder, February is a wonderful time for a ski break. Skiing in February means you’ll miss the bitting January frost and enjoy warmer temperatures without compromising on the quality and amount of snow. It may be too early for sun-soaked Alpine slopes, but February skiers will enjoy longer days, après-ski in the sunshine, and access to resorts with lower domains.

With February skiing, you can expect bustling resorts and some of the best snow all year round. Oxford Ski Company has compiled a list of the best places to ski in February, from Europe to the United States.

Where to go skiing in February in Europe

February is the month when both novice and skilful skiers can find the best winter snow in Europe. Keep in mind, French school holidays occur around the 10th of February and half-term will bring in the biggest crowds all year. Skiers may be better off opting for luxury ski resorts away from the French Alps. Luckily, you don’t need to travel across the ocean to the United States or Canada for a stunning February skiing holiday.

There are a number of attractive and slick ski resorts in Austria and Italy that are perfect alternatives for those looking for lavish experiences in the best snow around. For superb skiing tracks and winter paradise fun - these are the best places to ski in Europe in February.

Skiing in Italy in February

In the Italian Alps, you can expect deepening snow packs and expansive ski terrains. You will need to keep an eye out for large crowds, but some luxury resorts are a little quieter than the rest. Valle d’Aosta resorts are especially quieter during the week. Unless it’s a powder day, we would recommend sightseeing on the weekend and mid-week February skiing in Italy, avoiding the biggest crowds and enjoying the incredible snow conditions.

Tucked at the end of the Aosta valley, La Thuile ski resort is well known for its charming village, stunning views, and incredible Italian cuisine. You can expect locally crafted and produced charcuterie, complete with famous Italian cheese and wine. Many of the best restaurants in La Thuile are located right on the Mountain, and on-piste pick-me-ups are readily available, from rich and thick hot chocolate to ‘Bomberdino’, a mix of eggnog and brandy.

Oxford Ski Company recommends: Staying at the Montana Lodge and Spa - a stylish “Design Hotel” with a luxury lounge bar to enjoy a fine wine in front of the open fire after a long day on the slopes.

Sitting on the Italian-French border, La Thuile will be much quieter than its neighbouring French resorts. This resort sits at an altitude of 1440m, meaning that it is generally colder and with better snow later in the season. You may expect some rain in February, but on the Italian side you may find an abundance of tree skiing available, with the thick treeline protecting against the wind and bad weather.

The Dolomites ski area is one of the largest in the world. It offers even the most demanding skiers not only the possibility of improving their skills or showing off their abilities but also awe-inspiring views, breathtaking scenery, and superb dining and accommodation facilities.

During the mid-winter, you can expect fantastic conditions for skiing and snowboarding with mostly clear and dry conditions. Families can make the most of their time off from school with the luxurious resort facilities and the slopes should be largely quiet. Those of all skiing levels can enjoy the combination of good snowfall and pristine slope maintenance, and there are nine ski schools available as well as two helpful learners areas perfect for picking up tricky techniques.

The ski resort of San Cassiano is widely known for its diverse natural terrain and impressive history. Located in the Alta Badia and a part of the famous Sella Ronda circuit, the picturesque Italian village offers an excellent selection of family-friendly hotels and stunning Alpine scenery.

Oxford Ski Company recommends: Taking in the local history with the Great War Ski Tour and then ending the evening at one of the three Michelin-starred restaurants, St Hubertus at Rosa Alpina.

As a relatively lesser-known resort, you can expect smaller crowds in February - leaving the well-groomed terrain available to both beginners and advanced skiers to spread out and enjoy the fresh powder.

Explore our entire range of luxury ski resorts in Italy for more inspiration.

Skiing in Austria in February

In Austria, skiing in February guarantees the best snow possible. There should already be plenty of snow on the ground when you arrive, and more will be falling down throughout your stay. Austrian resorts are typically cold in February, especially those at around 1,000m, but you can expect some clear and bright February days with surprisingly warm sunshine.

Our top picks for the best places to ski in February in Austria are Obergurgl and Lech with top-notch skiing facilities, great dining and an outstanding array of accommodation options.

Obergurgl is a charming and peaceful resort in the Ötztal Alps, perfect for a family half-term holiday or couples looking forward to a romantic getaway with a stunning skiing experience. Obergurgl allows skiers to enjoy a glance at the impressive alpine landscape that surrounds this premier Austrian skiing destination.

Average snowfall in February in Obergurgl

Skiing in February in Obergurgl will usually involve skiing in the sun. You can explore the snowy mountains all day, coming back in the evening to relax with a massage at the Hochfirst Hotel Spa. Children eight years old and younger can ski with their parents on the wide gentle slopes free of charge, and there are designated children's areas held away from the crowds.

Situated in the Bludenz district, Lech has become an exclusive ski resort. Even though it is not a high-altitude ski resort, it does offer reliable snow throughout the winter season. With a chocolate box-style village and snow-covered rooftops, Lech is famous for its upscale and glitzy accommodations, and it is a great luxury ski holiday destination in February in Austria. Snowpacks will deepen in February, and you can expect a snow depth of about 232cm at the highest points of the ski area and 119cm and the lowest.

Average snowfall in February in Lech

Explore our entire range of luxury ski resorts in Austria for more inspiration.

In North America, especially in the North West, ski resorts will peak in February more than any other month. If you’re looking to travel far away from half-term holidayers and French students on break, ski resorts in North America become winter wonderlands during the colder months and the best place to ski in February.

By February, mountains will have filled in with powder-like snow, even during the years with less snowfall than usual. You can expect longer days by this point, with the North American sun peaking over the eastern horizon earlier in the morning, especially as the month continues.

In Colorado, the snow density is as light as it gets. Especially in Snowmass, located at a high altitude with north-facing slopes, the powder tends to last and is excellently preserved. Later in the ski season, the flatter lower areas will begin the freeze-melt cycle, and skiers will need to stick to the upper terrain. February skiers will have no such problems and can depend on a snow-sure month.

Average snowfall in February in Snowmass

Keep in mind that the Snowmass ski resort will still be fairly busy in February. To avoid the biggest crowds, we would recommend going during the period before President’s Day Weekend (a three-day weekend for American workers at the end of the month). Late February, after President’s Day, can also be a good time to avoid the crowds and before the warming spring comes into full effect.

Skiers will love the cold but crips climate in Whister during February and they can expect a good amount of sunshine during their stay - perfect for a half-term break in a world-class ski resort. February skiers will enjoy the fresh snowfall with enough sunshine to keep the environment pleasant.

Oxford Ski Company recommends: Skiing in the mid-week skiing as it will always be less crowded than at weekends.

Average snowfall in February in Whistler

Whistler Blackcomb is one of the top resorts to visit in Canada in February. Aside from an all-open terrain and the abundance of snow, you can also tap into your adventurous side with activities such as dog sledding, ziplining, heli-skiing, snowmobiling, and snowshoeing. Enjoy the picturesque setting of the British Colombia Coast Mountains and a climate that is not as cold and windy as more inland resorts.

Explore our handpicked selection of luxury ski chalets and hotels across Europe, North America, and beyond here.